Nutritional supplement containing zinc, selenium and Cordyceps sinesis. It significantly contributes to the proper functioning of the immune system, it also protects the body from oxidative stress. Ensures the health of the skin, nails and hair.

All nutrients in the diet play a key role in maintaining an optimal immune response. Their insufficient intake can have negative consequences for the immune status and sensitivity of the body to various pathogens. Although some nutrients, such as minerals, are often found in food only in trace amounts, their importance in the body is very important.

Minerals are inorganic substances present in all body tissues and fluids. They make up 4% of human weight, of which 8% is found in the bones. All cells of the body, from skin cells to immune cells, must be adequately protected to prevent damage caused by oxidative stress. It is caused by toxic substances that damage the cell and can reduce its function, damage tissues and organs. Oxidative stress arises during long-term and intense exhaustion of the body (high physical activity, use of drugs, alcohol, etc.), and when the body lacks antioxidants. Probably the best known antioxidant is vitamin C, which also supports immunity. However, there are many other antioxidants that protect cells, and their effect multiplies when they "work" together. Examples are minerals - zinc and selenium.

The immune system is an important component of the body. It eliminates foreign substances, infectious microorganisms as well as its own dead cells. The immune response is provided by non-specific (innate) and specific (acquired) immunity, which are controlled by a variety of special cells. They need the presence of sufficient minerals such as zinc, selenium, iron, copper and others to function properly. Zinc or selenium deficiency reduces the function of some immune cells, while their sufficient intake improves the activity of immunity. Therefore, if you feel constant fatigue or are often ill, you may be deficient in these substances.

The condition of the skin, hair and nails largely depends on the overall health of the individual. Based on this, the nutritional therapist or doctor can easily detect a deficiency of some important nutrients. Zinc and selenium are typical minerals, the deficiency of which manifests itself mainly on the outside. If you notice increased hair loss, deteriorating hair and nail quality, white spots on your nails and skin problems such as rashes, it may be a zinc or selenium deficiency. Zinc supplementation is used in this area to regenerate and heal the skin. But both women and men look for zinc if, for example, they have problems with frequent rashes. Zinc is also a substance found in sunscreen recipes because it protects the skin from harmful UV rays. Selenium as an antioxidant also protects the skin from premature aging.

Other typical symptoms of zinc and selenium deficiency are reduced reproductive capacity or problems with conception. Despite the amount of sperm, the conception of many couples with healthy germ cells can take up to a year. When the quality of the sperm is reduced, for example when the sperm are immobile or have an abnormal shape, the conception may take significantly longer. Oxidative stress is currently considered to be a major cause of male infertility. Male sperm are very sensitive to selenium deficiency in the body. Selenium prevents damage to immature sperm and helps maintain the integrity of mature sperm. The combination of antioxidants such as selenium and zinc reduces damage to the sperm cell membrane by free radicals and improves their motility.

Lack of minerals in the body can be caused by many factors. The most common cause is the consumption of foods that are deficient in zinc and selenium, as our body cannot make them on its own and is dependent on their intake in the diet. However, the current situation is also a problem, which points to a high deficiency of selenium in particular in the soil and its subsequent deficiency in food. Slovakia is one of the countries which, according to the National Food Institute, suffers from a high deficiency of selenium in the soil. Other causes of deficiency are the body's inability to absorb minerals in the digestive tract, which it absorbs in food. Last but not least, it is a lifestyle. An example is the consumption of alcoholic beverages, which generally deplete the body of minerals.

WHAT THE PRODUCT CONTAINS

The basis of proper use of products containing zinc is not to use them on an empty stomach. If you are one of the people who have a "sensitive stomach" you can feel the load on the digestive system. Therefore, we recommend taking the product approximately 1 hour after a meal. For better absorption, the product is not recommended immediately with milk, legumes or whole grain products, which may reduce its usability in the body. Conversely, zinc absorption increases with the consumption of animal proteins.

The capsules should be swallowed with a sufficient amount of water.

The product does not contain any allergens or preservatives.

Not suitable for children under 14, pregnant and lactating women. The established recommended daily dose must not be exceeded. Do not expose to direct sunlight. Store in a dry environment, at a temperature up to 25 ° C, in a well-closed container, out of reach of small children. Do not use as a substitute for a varied diet and a healthy lifestyle. 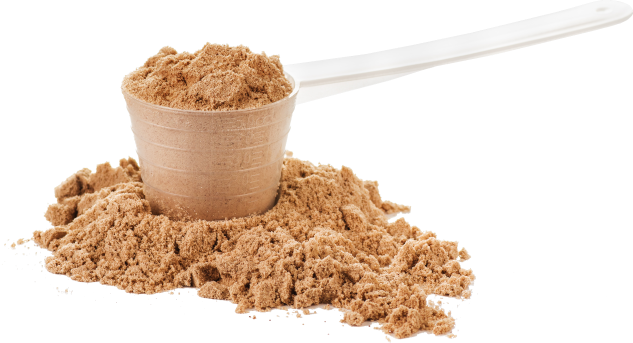 An effective liposomal form of vitamin D3, which is best absorbed by the human body. Vitamin D3 supports...

L-lysine is an effective natural substance in the fight against viruses. Supports the function of the...

The unique natural product Premium Lactoferrin binds iron and has a positive effect on the immune system...